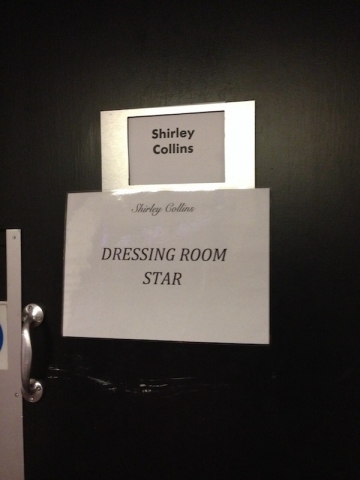 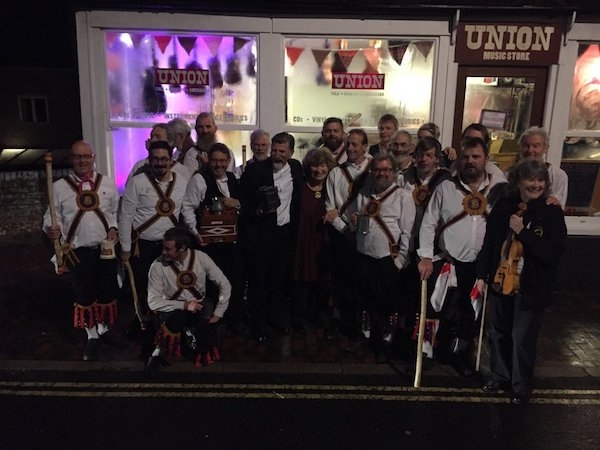 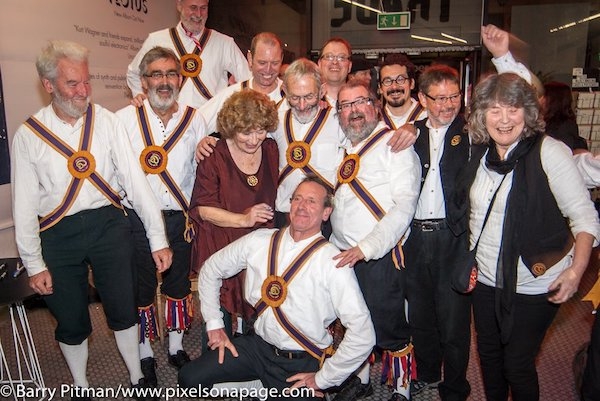 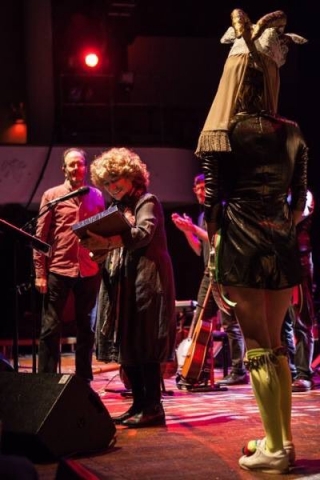 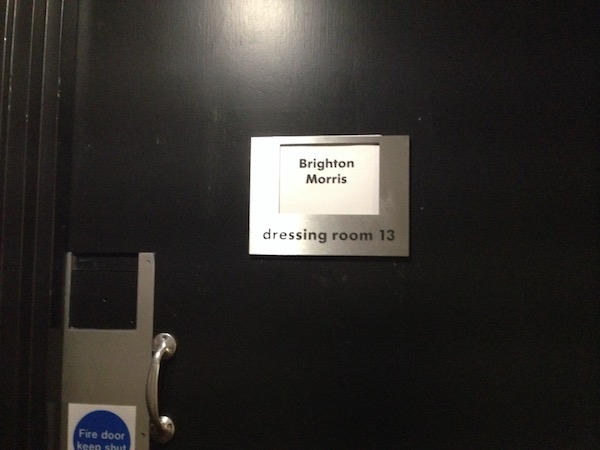 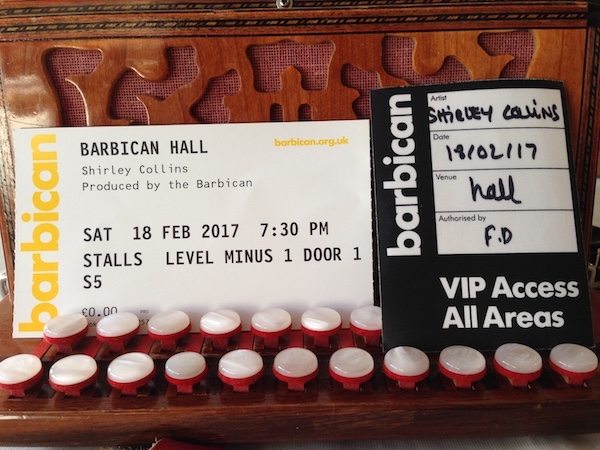 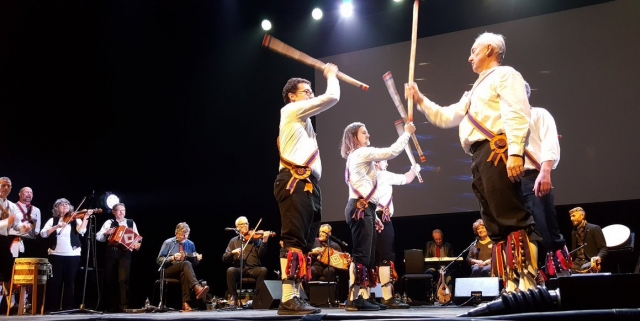 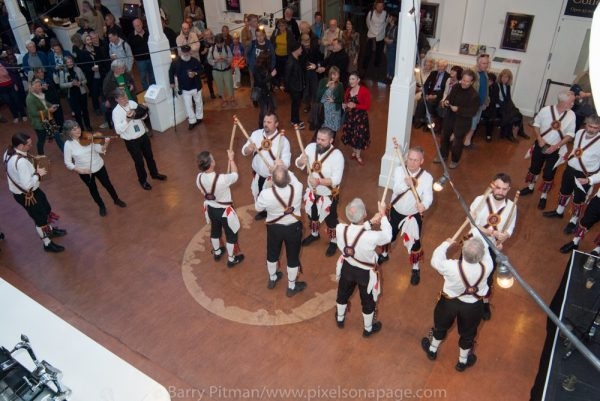 ‘Southover’ closes the first track on Lodestar. This dance, and its tune, was written by Glen Redman for Brighton Morris and is one of Shirley’s favourites. Watch Glen perform it here, with Shirley and John Watcham

Shirley invited Brighton Morris to perform at the album launches, which took place in early November in Lewes, and then at Rough Trade East, London where we danced ‘Over the Hills’. Watch it here.

Hearing Shirley sing in public again at these events was great enough, but it was just a taster of what was to come. The Lodestar Live concert tour brought the full album to the stage with the Lodestar band, superb sound and atmospheric visuals which highlight the strange and wonderful elements of  English folk music.

Brighton Morris danced pre-show and during the performance at the Barbican Hall London (18 February 2017) and Brighton Dome (14 May 2017). On most of the tour dates Glen Redman danced ‘Southover’ solo and closed the concerts with solo jig encore.